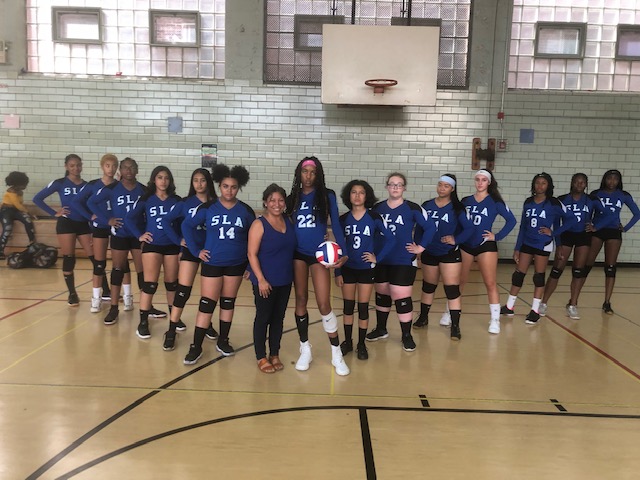 Congratulations to SLA/Ben Franklin Girls’ Varsity Volleyball Team for an incredible start, winning their last three games against Masterman, FLC, and Bodine! The team welcomed over five new players at the beginning of the school year. During the team’s game against Bodine team captain Siarra Cummings led the team well with stellar hits and digs. Meanwhile, newcomer Katrina McKinnon and senior Amani Harb served eight times in a row, giving the team a major lead in the second set. The incredible teamwork displayed allowed the team to win 3-0 against Bodine! The team is looking to win their next game against Frankford and add to their win streak! Great job to both the Rockets and the Electrons!