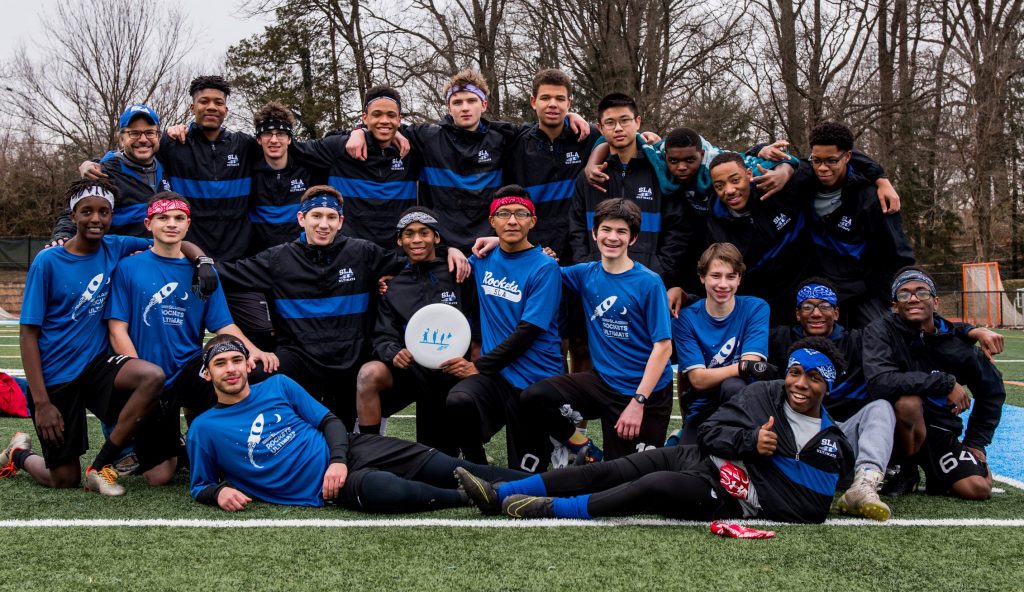 The SLA Boys Ultimate avenged a loss from earlier in the season, beating Strath Haven 15-8 on Tuesday. The game marked the return of junior Josiah Mast from injury, and Josiah did not disappoint making several key blocks, scoring four goals and throwing another. Strath Haven came out strong and held an early lead 6-5 before SLA put on their trademark zone defense and went on a 3-0 run to take the first half 8-6. SLA asserted itself in the second half, playing a stifling defense and settling down into a rhythm offensively. The team dominated the second half, 7-3, to beat their suburban rivals 15-8.

The game was one of the most complete games the team has played all year, with outstanding defensive play coming from juniors Grahm Bacon and Horace Ryans and senior co-captain Hamidou Doumbia. Senior c0-captains Eli Zimmerman and Jason Chen paced the team offensively. The team continues its season on Wednesday against Masterman at 4:00 at 31st and Chestnut. Go Rockets!